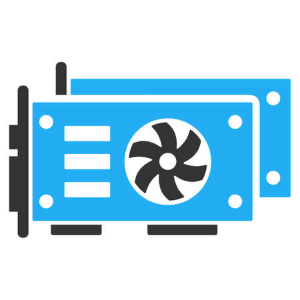 Puma has a different arrangement for GPU nodes than Ocelote and ElGato. Whereas the older clusters have one GPU per node, Puma has four. This has a financial advantage for providing GPU's with lower overall cost, and a technical advantage of allowing jobs that can use multiple GPU's to run faster than spanning multiple nodes.  This capability comes from using a newer operating system.
Each node has four Nvidia V100S model GPUs. They are provisioned with 32GB memory compared to 16GB on the P100's.

Ocelote has 45 compute nodes with Nvidia P100 GPUs that are available to researchers on campus. The limitation is a maximum of 10 concurrent jobs. One node with a V100 is also available. Since there is only one, you can feel free to use it for testing and comparisons to the P100, but production work should be run on the P100's. There is also one node with two P100's for testing jobs that use two GPU's. This one should be used to compare with running a job on two nodes.

Nvidia Nsight Compute (the interactive kernel profiler) is not available. In response to a security alert (CVE-2018-6260) this capability is only available with root authority which users do not have.

The latest Cuda module available on the system is 11.0 and is the only version until newer ones come along. The Cuda driver version can be queried with the nvidia-smi command. To see the modules available, in an interactive session simply run:

Many applications have been optimized to run faster on GPU's. These include: